When I was a kid, "girl power" was not a thing. Girls who would rather do sports or dared to compete with guys were called "tomboys."

I was definitely a tomboy.

For me, this was partly survival. I was sandwiched between two brothers. If I was going to have any fun, I had to keep up with the things they wanted to do.

Also, nowhere in my parents' playbook was the notion of treating their daughter like a princess. They were immigrants, and in this land of new opportunity, they valued hard work, discipline, and education. I wasn't treated differently or given "a pass" on things because I was a girl. We all worked together. We all helped out. My hands were as calloused as my brothers'. Hard work knew no gender.

In school, I was different from my peers, and it made me uncomfortable around them. Girls had Barbies, fashion sense, and pop culture crushes. Me? I could beat every boy on the playground in the 100 yard dash.

What I wish for my young self is that I'd grown up in a time when my mom - or my teachers or my Scout leader or my librarian or anybody - would have known how to articulate the notion of "girl power." The words, the concept, the discussion of the value of being true to yourself would have helped me embrace who I was, rather than try to conceal my differences. Because all kids want to have friends. All kids want to fit in. All kids are afraid that their differences will ostracize them. Back then there wasn't a movement to empower individuality. 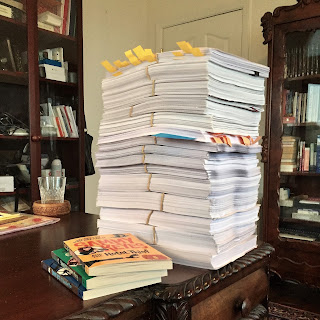 Regular readers of this blog will know that I'm in the process of delicately updating all 18 books of the Sammy Keyes series as the new covers roll out in 2017 and 2018.  (You can read about that process here if you're interested.) Next year will mark 20 years since the first title (Sammy Keyes and the Hotel Thief) was published, and the truth is, I hadn't read that book (or any of the books I've written) since it went to press. So I was a little concerned that the actual edition I held in my hands wouldn't compare to the romanticized version I held in my head.

The delightful surprise (and relief) for me has been how Sammy is even better than I remember. She really is, in the wonderful words of Sue Grafton, "feisty, fearless, and funny," but more than that, she is unique. She is herself. Despite all the pressures against it, she is true to herself and the things she believes.

And in revisiting the books, I'm understanding better why the impassioned young women who come to my signings with sacks of Sammys have the same message for me:  Sammy empowered them to embrace themselves and pursue extreme goals. In short, Sammy gave them girl power.

I didn't set out to write girl power books. Sammy was just a kid - like any kid - struggling to figure things out. She was me and you, our fears and frailties, flaws and strengths, stumbling through life for truth, trying to find her way, and in doing so, somehow helping us find our own.

It is still mind-boggling to me how much I have learned and grown from a character I created. 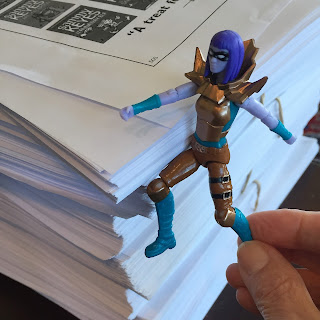 Today, "girl power" is everywhere, and it fills me with joy. When I was in New York for the Bank Street College of Education award, I had the privilege of meeting a huge Sammy Keyes fan and her son. They have read the entire series together three times and are starting on a fourth go-round.

It turns out that this Sammy fan / mom - Julie Kerwin - is also the founder of iamElemental - a company that makes girl-power action figures. Their motto is "Play with Power" and their action figures are named after power "elements" like Creativity, Ingenuity, Curiosity.... I have Logic on my desk - she's awesome!

So if you're looking for something for girl-power play, I encourage you to check out the iamElemental line of female superhero toys. Smart, fun, and empowering. 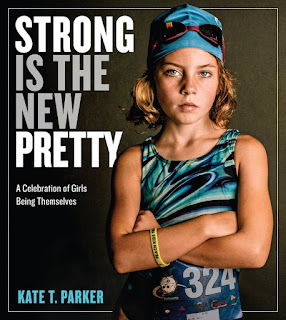 I also exclaimed "Hallelujah!" when I first saw Strong is the New Pretty. Anyone looking for a book to encourage young girls to embrace themselves should check this one out. The pictures are gorgeous, the quotes will make you laugh and cheer, and the opening essays before each section are truly inspiring. And if you're a grown woman, reading it will make you want to go back and be a girl all over again....and this time do it your way.

Because the girls who will go on to change the world are not the ones who conform to it.
Posted by Wendelin Van Draanen at 11:27 AM

When I was a girl, books used the word tomboy, but it wasn't a bad thing - or maybe I didn't perceive it as one. They weren't using the term "girl power" yet, but my dad knew I loved running and trained with me to race a 1-mile fun run when I was 9. I was proud to hold the school flexed arm hang record, and the next year when a boy did twelve pull-ups after I'd done eleven, I begged for another turn to beat him.

In middle and high school, I hung out with friends who were proud to be nerdy, to dress a little different, to listen to more eclectic music, to go to the national museum of natural history for senior skip day instead of the amusement park (since we'd just been there for math and science day)... But I also had friends who lost themselves temporarily trying to please boys.

It's tough being a kid, and girls have their own unique set of challenges. Sammy is such a great "role model" (though I never use that word when I tell kids about her... I usually start off with her punching the bully on the first day of school). I'd actually heard about "Strong is the New Pretty" on NPR, but I couldn't remember what it's called, so thanks for mentioning it.

There are so many strong, self-assured role models for girls today - both real and fictional - but there is always room for more. In my volunteer work with the middle school youth group, I try to both share and be an example to the girls while helping them develop the tools and self-confidence to follow their own hearts and dare to be different. Thanks for giving me both Sammy and yourself as examples to share!