Bust Through and Bloom 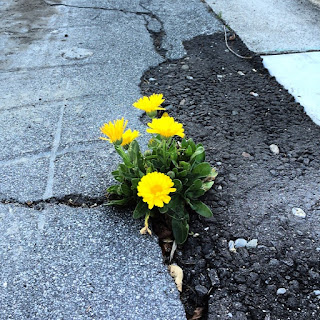 It's been three years since the Boston Marathon bombing wreaked havoc on the lives of many. The incident occurred about two years after the publication of The Running Dream, where the life of Jessica, the main character, is changed forever when her leg is crushed in a bad accident and has to be amputated. I spent two years researching, writing, interviewing, submerging. For so many reasons, I wanted to get the details right.

And then the Boston bombing happened. I wanted so badly to help, knowing that their lives would be a struggle both in physical recovery, but also in finding a life beyond the nightmare and injustice. I wrote about it in the post Why I Keep Wearing the Same Three Outfits.

It's one thing to write a story about a character who has the strength to endure the agonies of a cruel twist of fate, it's another to watch real people do so. Not personally knowing any of the victims, I could only follow via social media or the news...from afar. And then there was the remarkable connection I wrote about in It's a Small World After All, where one of the bombing victims turned out to be the daughter of a bookseller I met on my very first book tour.

And that connection drove home another horrible facet: Imagine being the mom.

I tear up just thinking about it.

But then imagine witnessing your daughter not just survive, but develop a determination to walk again, dance again, life a full life again...and then somehow bloom in ways you could not even have dreamed of.

I try to track all the victims, but the two I want to spotlight today are Heather Abbott, who has done guest speaker assemblies at schools who have used The Running Dream as an all-school read, and Adrianne Haslet-Davis, who's mom is the bookseller I mentioned. Both have found ways to bust through their circumstances and bloom.

Heather now helps provide others with specialized prostheses. You can read about her and her love of stilettos (really!) in this People Magazine article.

You might have seen Adrianne on Dancing with the Stars, or on Anderson Cooper, but this Monday please root her on as she takes to the streets of Boston to run the marathon. (There's a news program about her here.) She's running in association with the Limbs for Life foundation to which you can donate if you are so inclined.

I know people who have become bitter and miserable because of things much less life-altering than what the innocent bystanders at the Boston marathon were hit with. Adrianne and Heather show us that there's a choice you make in your heart when faced with the cruel things life may throw at you. Are you going to give in to the unfairness of it? Let it destroy you? Or are you going to bust through and bloom?

What you have to go through to move on may seem impossible, impractical, or totally unfair, but it's really the only option for a happy life.

Find a way. Bust through and bloom.

Thanks for checking in. I look forward to meeting up with you in the comments. Meanwhile, Go Runners! #BostonStrong
Posted by Wendelin Van Draanen at 4:00 PM 3 comments: 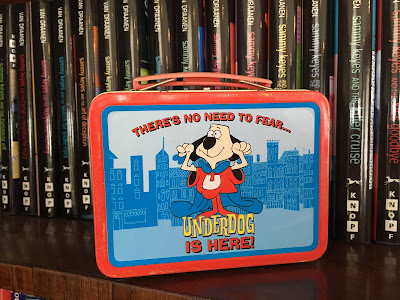 Twenty years ago, I gave my first speech. It was to a gymnasium full of students at the high school where I taught math and computer programming. I was comfortable talking to 30+ students at a time in a classroom setting, but facing the gymnasium packed with the entire student body? I was terrified.

The assembly was arranged because my very first book, How I Survived Being A Girl, was coming out that weekend. I was there to share the trials and setbacks I'd faced in the publishing process. I was there to encourage students to set goals and work steadily toward them. I was to be a beacon of hope for them in achieving their dreams.

Being a reliable soldier, I promised I would fulfill these expectations.

Then I careened toward a cliff and told a gym full of teens about my first car.

This was high school, after all. I wasn't going to hold their attention for 45 minutes with talk of setting goals and the steady application of effort. It also wouldn't have done much for their teen attention spans if the story had been about my parents gifting me a slick new car boasting German engineering.

So I guess it's a good thing that my first car was a self-funded junker. A fixer-upper. A ridiculous heap.

The story I told included my misguided efforts to paint the car myself and the hazards I suffered while changing the clutch, and wound into bigger themes of persistence and determination.

The delivery was a wild ride. It was also the first time I went "airborne" in a presentation. But I survived and, in the end, the administration let out an enormous sigh of relief and the students gave me a standing ovation--something I will never in a million years forget.

I was thinking about all of this today for two reasons.

First: I've been asked to give the closing speech at a writer's conference in October, and I've decided that sharing the story of my junker totally fits the bill.

The lunchbox was meant as a token of camaraderie and support but it has served to remind me of something more important than going airborne, or the joyful disbelief of my first standing O.

It reminds me who I write for.

It reminds me why I write.
Posted by Wendelin Van Draanen at 5:36 PM 3 comments: