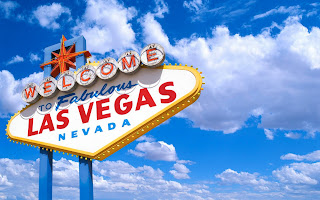 I should have started packing earlier. My maps are not together, my equipment is still charging, the laundry is taking forever to dry, and it’s going to be 110 degrees in Las Vegas tomorrow!

But that’s where Sammy’s headed (I’ve just about got her on a plane…it wasn’t easy!) and I have to go do what Sammy’s going to go and do or how can I write about it?

No fancy casinos for me.

Gotta hit the seedy side of town.

Well, there are a lot of those in Las Vegas, but you know.

And I’ve got to go to one of those tacky wedding chapels.

And see an Elvis impersonator in action.

And get back stage.

And on the roof.

I don’t know of what, but of something!

Sammy always winds up on the roof.

Then there’s the jail.

I’ve really got to go to jail.

No, I’m not giving away the plot. You think you’ve got this figured out, but uh-uh-uh! How can you? I don’t even know what that girl is going to get into!

Maybe Elvis will bail her out.

You know who I’m talking about!

And if you don’t you’ve picked the wrong week to check out this blog.

I’ve got no time to explain.

I've been thinking about deadlines. They're everywhere, in one form or another. Bills, taxes, getting your car smogged, the morning bell at school, getting to work on time...

Then there are the things in life we want to do, and because we want to do them, we don't associate them with deadlines. For one thing, there's that word dead inside it. The word has an ominous feel. It just doesn't fit with the notion of enjoyable things. For another, if we want to do it, it's probably something that can wait...or is entirely optional.

The result is, those enjoyable things get pushed to the bottom of our list because, of course, the items with deadlines are more pressing.

I've been saying for years that I need to learn some more cover songs to round out our set of original songs. Not only would it be good for me, it would be fun and would allow our band to play out more. But that's one of those After-such-and-such things...it's something that can wait until other deadlines are met.

Trouble is, the deadlines of everyday living are never all met.

There will always be more chores, more bills, more taxes.

Pretty soon you're having to smog your car again.

So Mark decided that what we needed was a deadline--a way to make what we want to do as pressing as things we have to do.

So he booked us a bar gig.

"You did what?" I squeaked when he told me.

It took me two days to truly comprehend that a) he wasn't kidding, and b) he wasn't cancelling.

Now, for Mark this is no big deal. He's played drums in professional bands his whole life. He knows his way around hundreds of songs, and if he doesn't know a song he can totally fake it. And the boys are young and energetic with sponge-like brains and don't have bills to pay and laundry to fold. Nothing is more important to them than music, so they are all over this new deadline.

Me? I've mostly stuck to writing and playing original songs. I'm comfortable with them. You understand a song if you write it. You know the chords and when to come in and how it's arranged...it's yours. Plus you wrote it for a reason--it means something to you.

But outside of that? Well, for starters, I'm rhythmically challenged.

Hello? Wasn't that the one?

Mark is so patient.

And then I have to remember all the words.

But half the time they don't make any sense.

"It's rock and roll, Wendelin, get over it."

Anyway, we've been woodshedding in the studio, and to my great surprise, I actually can sing songs like "Helter Skelter", and "Life is Beautiful" (Sixx AM). I've always thought maybe I could and that someday I'd try, but this deadline has forced me to get over my nerves and doubts and belt it out.

It's also been great therapy. This has been one stressful summer with zero vacation time, so being forced to do something I really love is probably the best thing Mark could have done for me.

So my little advice to you is to give yourself a deadline to do something you've been wanting to do but haven't made time for. Book yourself a gig. Or a poetry reading. Or a lunch date. Or a 10K.

What is it you wish you had time for?

I loved all the input last week about the new Sammy Keyes title. Some of the suggestions were really good. I just wish they fit with the story! The word that still goes best with the story--or theme--is "Power"--it just doesn't sound as good as some of the other words.

Mark's sick to death of me talking about it -- a first, by the way. He's usually patient and will continue to think until the skinny lady sings, but after literally months of this he's done. And who can blame him?

I did hear back from Nancy...something along the lines of "I give up! You can have Power!" I think that may have to do with how the word goes well with the preliminary art sketch. Justice Jack dominates the center of the cover and instead of the usual diagonal or straight-edged icon sections, Jack's in a jagged KA-POW! type segment. Pretty cool!

But rather than take her concession and run with it, I told her I was still thinking about it.

And I have been.

Only now I'm distracted by having started on Sammy 16.

This is totally unfair, isn't it? Night of Skulls hasn't even come out yet, I've been talking for months about Justice Jack, and now I'm starting on...do you trust me with a title?

But Mark's calling it Sammy Keyes and the Wayward Parents.

Just so you know.

I actually think it's a funny title, although I'm stickin' with Sammy 16 for now (or Sammy Next-to-Next-to-Last), but the point is, the developing story has sort of usurped my mental chugging regarding Sammy Keyes and the Whatever of Justice Jack.

So it'll probably be Power.

Unless I have a bolt of inspiration. Maybe in the middle of the night. Or, if I get sick, while my fever is breaking like what happened when I was pregnant and wanting to name our baby Jagger. But that's another story. And unfortunately for the title, I don't expect to be running a fever in the coming week. If a bolt strikes from elsewhere, however, I'll be sure to let you know!

Meanwhile I just want to say that I had a blast reading (and considering) each suggestion made. What a great group!

See you next week!
Posted by Wendelin Van Draanen at 9:49 PM 14 comments:

The Ballad, Call, Power, Legend, and Curse of the Title

Nothing’s done ‘til it’s done, and then you may wish it was undone.

Sometimes titles are so easy. Sammy Keyes and the Psycho Kitty Queen—poof! There it was and everyone loved it. Sammy Keyes and the Sisters of Mercy—how can you argue with a song that keeps looping through your brain? Confessions of a Serial Kisser—everyone was in stitches.

The one with the kinda loser guy who turned out to be super funny and uses the moniker Justice Jack?

The title has to start with ‘Sammy Keyes and the’—the ‘the’ has to be there. The first four Sammys were named with a ‘the’ and after that it just seemed weird not to have one. You can’t go and switch it up. Sammy Keyes and Justice Jack sounds lame. Like, what are they? Going out?

And I’m kinda very stuck on having ‘Justice Jack’ in the title.

Nancy (my editor, for you newbies) isn’t as invested in including Jack in the cover.

Which would work very nicely with a simple ‘the,’ it’s true.

I’ve gone through SO many variations trying to find the perfect fit to capture the essence of this story. It’s been like naming Moustache Mary. I couldn’t figure out what word went best with it. I was partial to Sammy Keyes and the Spirit of Moustache Mary, but Nancy thought it sounded like an airplane. When I finally struck on “Curse” I felt this enormous sense of relief. Like, yes. That is the perfect word.

After that was settled we went round and round about the spelling of mustache. I really wanted the ‘o’.

I just liked it, okay?

Who knew titles were such battle grounds, huh?

Anyway, part of the challenge with both ‘the Curse of Moustache Mary’ and ‘the ______ of Justice Jack' is working with the space constraints. The word that fits in the blank cannot take up much room because of the design of the jacket.

I had settled on ‘Power’ but there’s something about it that Nancy isn’t keen on. And I do have ‘Power Potion’ and ‘the Greatest Power’ in the Gecko & Sticky titles.

That’s a different series, but it does influence my decision. Like, maybe ‘Power’ isn’t the best choice after all. I know I wouldn’t name another book with ‘Run’ in it – I have Runaway, The Running Dream, and Sammy Keyes and the Runaway Elf. I’m done with running. So maybe I should be done with ‘Power,’ too.

Then I came up with ‘Call’ as a nice substitute.

Nancy's reception to the change was cool at best.

Now, you’d think that an author could just say, This is the title of my book and you keep your mitts off! And if this had been one of those love-it-from-the-get-go titles, well, Nancy would have probably loved it from the get-go, too and we wouldn’t be swimming around in title stew.

But we need to decide!

So I brainstormed some more with Mark and we’re now liking ‘Legend’ as the fill-in-the-blank word. Physically it’s a little long, but only one more letter than Power, which is the same length as Curse, which we know fits.

We actually like ‘Ballad’ but there is no song in the story (silly me!) so it would make no sense. Too bad.

Anyway, I sent the new title to Nancy on Monday and her reaction?

I haven’t heard a peep.

(After 25 books with her I’ve learned to interpret the silence.)

And of course you have no idea what this story is about (except that it’s about a kinda loser guy who is very funny and goes by the name of Justice Jack) so you can’t help me!

Maybe next week I’ll have an official title for you.

(But don’t hold your breath!)
Posted by Wendelin Van Draanen at 9:48 PM 37 comments: