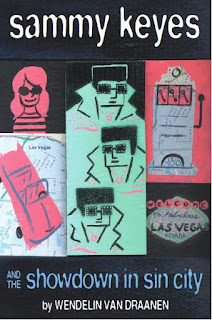 Just a picture this week.

There may be some minor tweaks, but this is pretty close to final and you're the first to get a sneak peek.

There's a mini-Elvis in the story, so the Elvi in the art make me laugh (since the bottom one looks mini to me...even though I don't think that was intended). 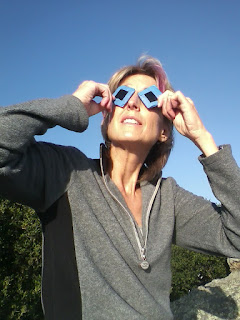 I hope you found a way to watch at least a little bit of the solar eclipse tonight. It was very cool!

A lot of people were out catching a glimpse, but there were also people out washing their cars or walking their dogs, seemingly oblivious. But...how can you be oblivious when you walk your dog past a decrepit old man in a collapsible wheelchair out on the sidewalk with a funny blinder held up in front of his eyes? How can you not ask yourself, huh? Or ask him, Hey old man, what are you doing out here on the sidewalk in that wheelchair that looks like it's about to dump you on the sidewalk holding that funny blinder in front of your eyes?

Anyway! We were on our way down to the park to get a great view from the rocky perch where people around her go to catch the fireworks on the 4th of July. (Or poison oak, depending on where you walk.)

And this was truly great fireworks!

My favorite part about it was actually noticing my shadow as we were walking. First, I noticed the fuzziness, then I noticed that I could make my hands look like Edward Scissorhands' hands!

Or at least, Barnabas Collins's hands.

The point it, the shadow thing was fun and unexpected and I snipped away at Mark's shadow (which seemed impervious, but whatever).

But the eclipse was interesting.  Mark had fashioned some "lenses" out of an old black Mylar drumhead--seven layers taped together--which made viewing easy. and the sun crimson. My favorite stage was when the sun looked like the grinning mouth of the Cheshire Cat.

On our walk home, our neighbor was washing the third of his family's four cars, and the decrepit old guy (whom I'd never ever seen out of his house before tonight) was still watching the eclipse. And  it struck me that while the sun and the moon were sneaking around up in the sky, half of us were fascinated, and the other half either didn't know or didn't care.

So, I have two questions: One--were you lucky enough to see the eclipse (because it wasn't visible everywhere), and Two--what in your life do you find fascinating that other people seem to walk right by?

Looking forward to your comments! (And  no you don't have to tell me how Big Bang my homemade drum lenses look, okay? I already know!)

Mother's Day (or, Remembering The Day The Whippets Became Risky)

Happy Mother’s Day to those of you who are moms. 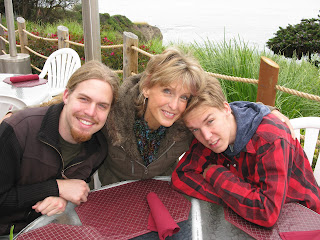 That said, I will now confess that I don’t care for Mother’s Day. I feel sorry for the husbands and kids who are expected to send flowers and make breakfast and provide chocolates and clean up. Clean up! There are all these expectations swirling around an arbitrary day where we’re supposed to remind ourselves that mothers are special. I believe the intention of the consumer (never mind the financial beneficiaries of this Day of Appreciation) is sincere. But the whole thing just feels so artificial, and for the last few years I’ve really felt sorry for my kids as they try to figure out how to stay out of trouble.

Because if you do nothing on Mother’s Day, you are in trouble.

If you sleep in past when Mom is hungry, you are in trouble.

If your dad rouses you at an ungodly hour and makes you set the table while your mom is pretending to be asleep but isn’t and can hear that Dad is the one making you do all the things you’re supposed to intuitively do even though you haven’t done them since last year when he roused you from bed at an ungodly hour and made you do them, you are in trouble.

It’s a very unnatural “holiday” with high expectations and misunderstandings because boys will be boys and moms don’t know how to be gracious about breakfasts delivered with a still-sleepy grunt.

Maybe you are (or have) a girl.

Sorry to be sexist, but it’s just different.

Anyway, my forget-chocolates-and-flowers-and-trying-to-cook,-all-I-really-want-is-a-homemade-card-where-you-tell-me-why-you-appreciate-me phase ended a few years ago when I told my husband to NOT DO ANYTHING or make the kids do anything. They were old enough to do something on their own and anything they were forced into wasn’t something I wanted anyway.

Mark had to work that Sunday and he was very nervous about this.

So off to work he went.

And in they slept.

Because who was I to wake them up and tell them to fix me breakfast?

And then…well, whoops. They hadn’t made me a card. Or bought me chocolates. Or flowers.

They recovered not so quickly by offering to take me out for sushi.

Not wanting to be the Mother from Hell, I put on a smile and said, Great! So we piled into the minivan, and I drove us to the restaurant.

Neither had brought their wallet.

Before we went inside I asked, “You sure you have enough to cover sushi?”

They looked at each other and slowly an Uh-oh spread across their faces, fingers pointed at each other, and finally my younger son said, “But sushi’s expensive!”

Next door, was Taco Bell. They raided the change drawer in the van and managed to scrounge up about four dollars. Enough for some bean burritos.

Not wanting to be the Mother from Hell, I agreed to consume a gross bean burrito and I did it with a smile on my face.

On the drive home I tried to have a gentle talk with them about the small things that make a big difference to a mom. They said they got it.

And then we arrived home.

The first clue that this really was the Mother’s Day from Hell was the puddle of dog pee in the entry hall. It was pooled all over and around the beautiful antique petticoat table that I wrote about in an earlier post.

The dogs—Bongo and Jazz—who are sweet, wonderful whippets (and on this day became Risky Whippets), are only bad when they’re desperate. And since the boys hadn’t put them outside before we left for sushi (they are the boys’ dogs and have access only to the laundry room, the boys’ rooms, and the kitchen—they’re cordoned off from the rest of the house by a ‘baby gate’), and since they became desperate in our absence, they jumped the gate and raced around looking for an exit so they could do their business outside.

There was no way out.

And male dogs being leg-lifters proceeded to tag the entire house with their ample supply of stinky yellow liquid.

And, no, they weren’t just desperate to pee.

And when I found some on an antique couch by a big window (which was as close to outside as the poor dog could get) I screamed. Like in an old fashioned movie, I held my face and screamed.

In the process of cleaning up this disaster, my son, completely wigged out by what had happened and frantic to help fix the situation, accidentally sprayed me in the eye with Lysol.

It’s been a few years, and although it will live on in infamy we now laugh about the Mother’s Day from Hell. But it served to create a shift in our family. I want daily hugs. Daily thanks. And on Mother’s Day, I want to go out for brunch (which we did today) and have nothing more than my boys beside me, happy to be with me. 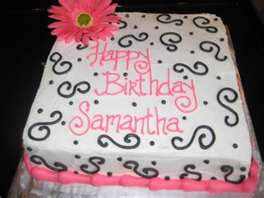 Thanks to everyone who sent in answers for the Second Chance Contest. There were a lot of close-but-no-cigars.

At first I thought there would be no problem having only 2 ARCs to give away because on Wednesday there was only 1 correct entry. Silly me! There was a big flurry of correct entries the last two day so once again we had to resort to drawing names out of a hat.

So get on with it already?

From the day that Halloween landed in Skeleton Man and the day that it landed (the following year) in Night of Skulls, it could be deduced we were not dealing with a leap year.

Mark your calendar, ‘cause next year we’ll celebrate!

Of the 6 correct entries, 3 of you will receive signed ARCs (I got my hands on one extra). The extra is going to the first person to submit a correct entry, the other two were drawn from a hat. I have sent e-mails to winners, so if you haven’t already, check your box! My sincere apologies to "empty boxers"…especially since I checked and saw that all 6 correct entries were from people who'd also tried the Elvis contest.

Congratulations to winners, and thanks to everybody who tried!

See you next week. (Or, more likely, in the comments!)