We need to streamline our operation before the He Said, She Said tour. Three days at a convention this week proved that. How can two people need so much stuff for three days away? And if that was for three days, what are we going to do for two months?

Usually when I go on tour it's via airplane from city to city. I limit myself to carry-on luggage only. Usually it's only a couple of weeks. I can talk myself out of things. Like running every day. Oh, that's easy.

But this time Mark will be with me. The must-runner. And this time we'll have the luxury of a vehicle that we can pack to the gills. Like we did this weekend.

But after looking around our hotel room this weekend and seeing stuff everywhere (and running clothes airing out everywhere)...I don't want to go through that every night! We're going to have to figure out "wardrobe." And cut back on everything else, too.

Well, except for swag! We are acquiring some really fun giveaways for the tour. The Sammy Keyes shoelaces are on order. I've got horseshoe charms coming. Mark's got a line on drumsticks he's hoping to get stamped with Road Rash. And we have books. A bunch of books! We're just going to raffle off stuff to people who come out to see us (and random unsuspecting souls at rest stops in the middle of the desert).

So the "swag" can take up space in the van, I don't mind. We just need to figure out the rest of it. The practical stuff. In my backpacking years we used to cut the toothbrush in half to save on weight because every little bit of weight mattered. I need to adapt that thinking to wardrobe packing. Expect to see me in jeans, Chuck's, and a t-shirt. Really, what else do I need, right?

As for tour schedule, we're waiting for two confirmations in Missouri before moving onto scheduling Kansas, Oklahoma, and Colorado. But we've got most of the route set and I hope to have a complete tour schedule posted in the next couple of weeks.

Right now I've got to go unpack. And do laundry!

Yanking Weeds From My Garden of Worthiness (Or, Edgar Dress Story #3) 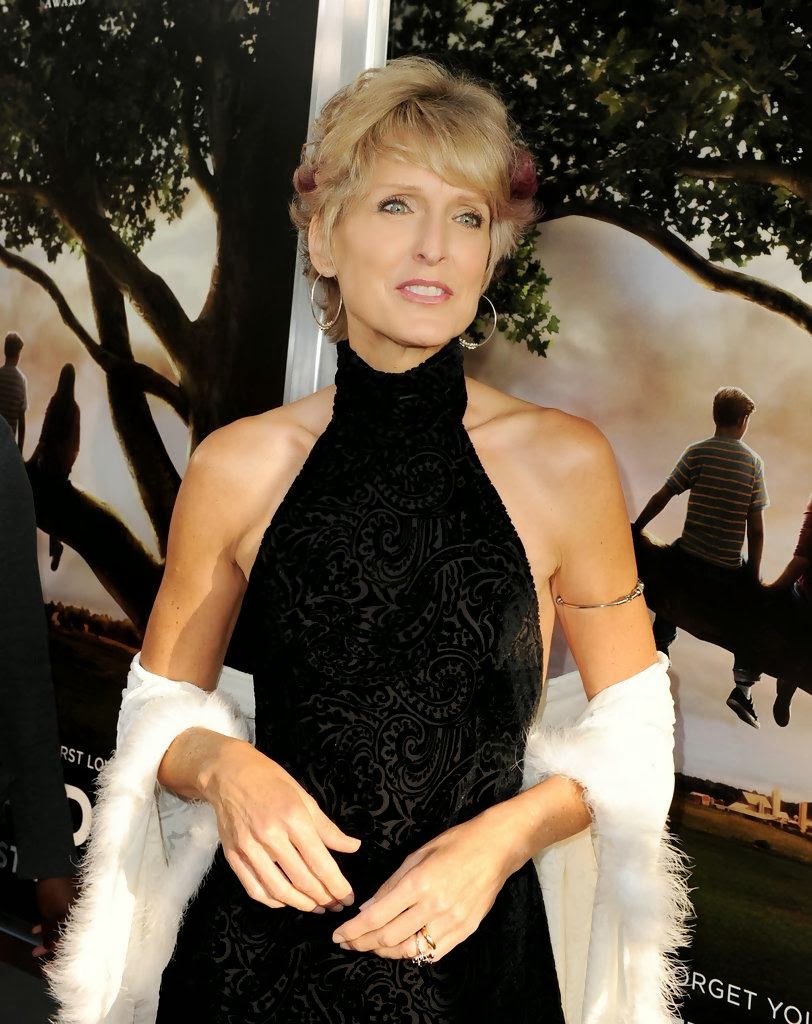 There are five Edgar dress stories. The first two were told a few weeks ago, the next two have no fun story to go with them (except that those gowns were also purchased for $29), so I will skip ahead to the fifth dress.

Let me start by saying that although my parents weren't stingy with compliments regarding academic achievement or task-related competence, compliments about appearance were pretty much non-existent. I can't remember my mother ever telling me I was pretty. And being tall and lanky and younger than my classmates, I grew up with a belief that I was not pretty. Like a lot of girls, I was very self-critical, only at the time I didn't realize the "like a lot of girls" part. That's a perspective that only time and distance from adolescence can provide.

One of the reasons Sammy Keyes is in junior high school is because I believe those years are pivotal in defining self-image. That's the age where we're forged or scarred. That's the age where we learn to like who we are, or accept as truths the criticisms foisted upon us. Perhaps the most important thing about Sammy Keyes is the indisputable success she achieves by being herself. She empowers us to be who we want to be.

So although it's been a struggle for me, Sammy has definitely helped me. She has helped me find me.

But ah, how easy it is to slip back into insecurities. In The Running Dream, Jessica muses about this very thing, stating how weeds take root so easily in her "garden of worthiness."

So yes, weeds. I yank them out and toss them aside, but they do grow back. And they don't need much watering to really flourish!

I know I'm not alone in this, so you will get it when I bring you with me now into the dressing room of a Marshall's, where I'd plucked an incredible $29 designer dress off the rack and was hurriedly trying it on.

I wasn't hurrying because I was so excited. (Although I was! It was gorgeous. Black, burned-out velvet. And twenty-nine dollars!!!) No, I was hurrying because the older woman I'd agreed to take shopping was trying on (flannel) nightgowns in an adjacent stall. We'd been shopping all day for a flannel nightgown. I was trying to be kind and patient and helpful, but after she'd snapped, "Why didn't you bring me here first?" when she'd finally found something to her liking at Marshall's, I was about done.

So, I hurried to try on the dress while she was busy with her nightgowns, and when I looked in the mirror, I felt amazing. Like I'd hit the jackpot!

And then I heard my name. "Wendelin? Wendelin! Wendelin!!"

"Right here!" I called, and not having time to change, I stepped out of the dressing room and faced her.

"Oh!" she said when she saw me, and her eyes went wide.

I giggled and turned around. "What do you think?" I asked.

At first I thought she was stunned by how good the dress looked, but then came the words I will never forget.

She frowned and shook her head. "I had no idea you had such broad hips."

My ears went what?

"You're buying that?" she said when we were in line with her nightgowns. Like it was a huge mistake, and a big waste of $29.

"Yes," I said with a smile. And I felt the smile, too. Like it didn't matter what she said--I wasn't going to let it take root.

It was a completely new and amazing feeling. 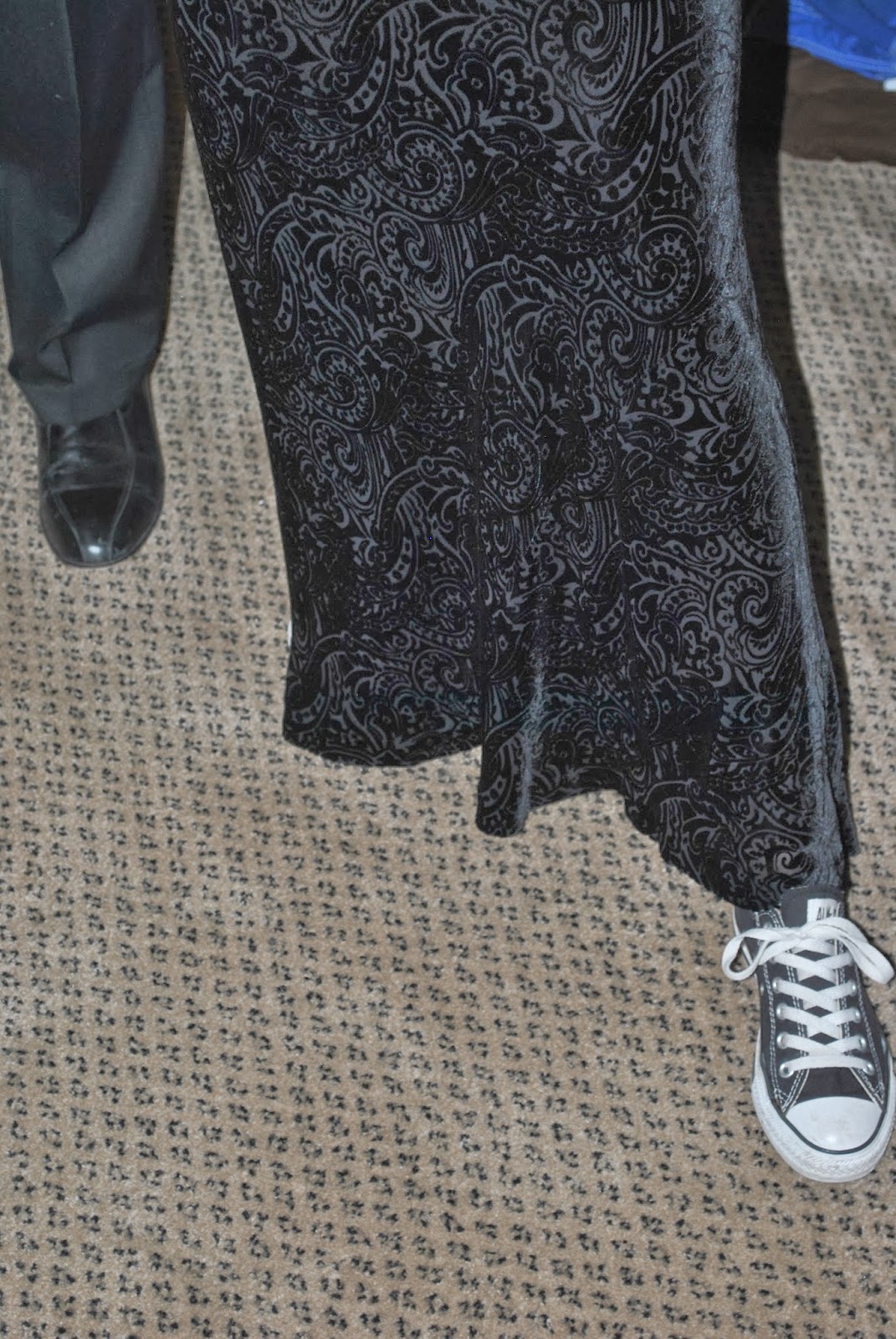 So that's my final Edgar dress story! I don't have a picture of me at the Edgars, but the one above documents the second chapter in the dress's life because I wore it again to the Hollywood premiere of Flipped.

And just for fun, here are my "gettin' ready" shoes pre-premiere. I know you Sammiacs will love it!

Thanks for checking in. Now go yank some weeds! Only blooms allowed in your garden of worthiness.

This week I bring you some random updates:

The Epic Road Trip Adventure is now named the “He Said, She Said” Author Tour. We’ve got about 25 stores scheduled so far. We’ve gone as far east as Atlanta and are firming up dates in Tennessee and Missouri. It’s a juggle, that’s for sure, but things are firming up and we should have a list of dates and locations finalized in the next few weeks.

We had our consultation about wrapping the minivan. That sounds easy, but first we spent weeks debating what to put on the van and then we had to get hi-rez artwork ready and mock up the design as we envisioned it. We should get a proof in the next couple of weeks, and we’re hoping to have the job done by the end of February.

We’ve been working on shooting footage for a Road Rash book trailer. Another big undertaking, but so far, so good!

After that trailer's done we’ll make a “He Said, She Said” Tour trailer. It’s a funny idea (where Mark says something about me, and then I say something about him, etc). It’s for the stores, to help explain what we’re about. I hope it comes out somewhere close to how it looks in my head, because it’s pretty funny inside there.

Did you know that Sammy Keyes has disturbed the universe?

Tonight I have some pictures to share. (Not of dresses--this is way better!)

Nancy (my editor) sent me some pictures of a recent display at the New York Public Library. Here's the first one: 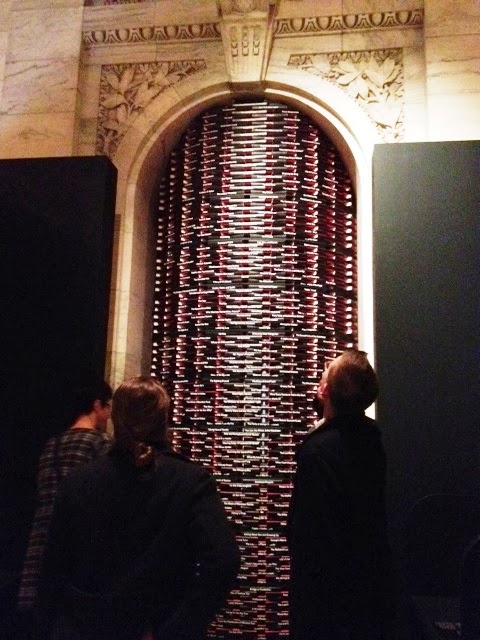 There's a fab exhibit of the history of kids books and part of it is a display of all the books that have "disturbed the universe".  All the great books that people have tried to ban or suppress. 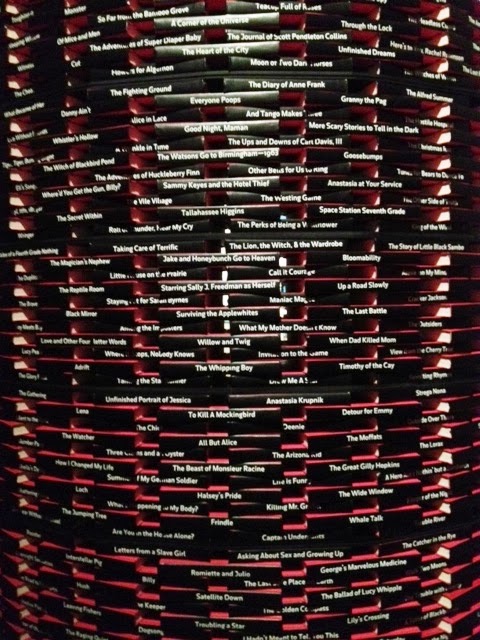 Then came the next picture message with, Can you see it yet?

And the next picture, zoomed in some more with a See it now?

Finally, the one below appeared, with the message, Smack in the middle! (Which is where Sammy Keyes always seems to find herself, isn't it?) 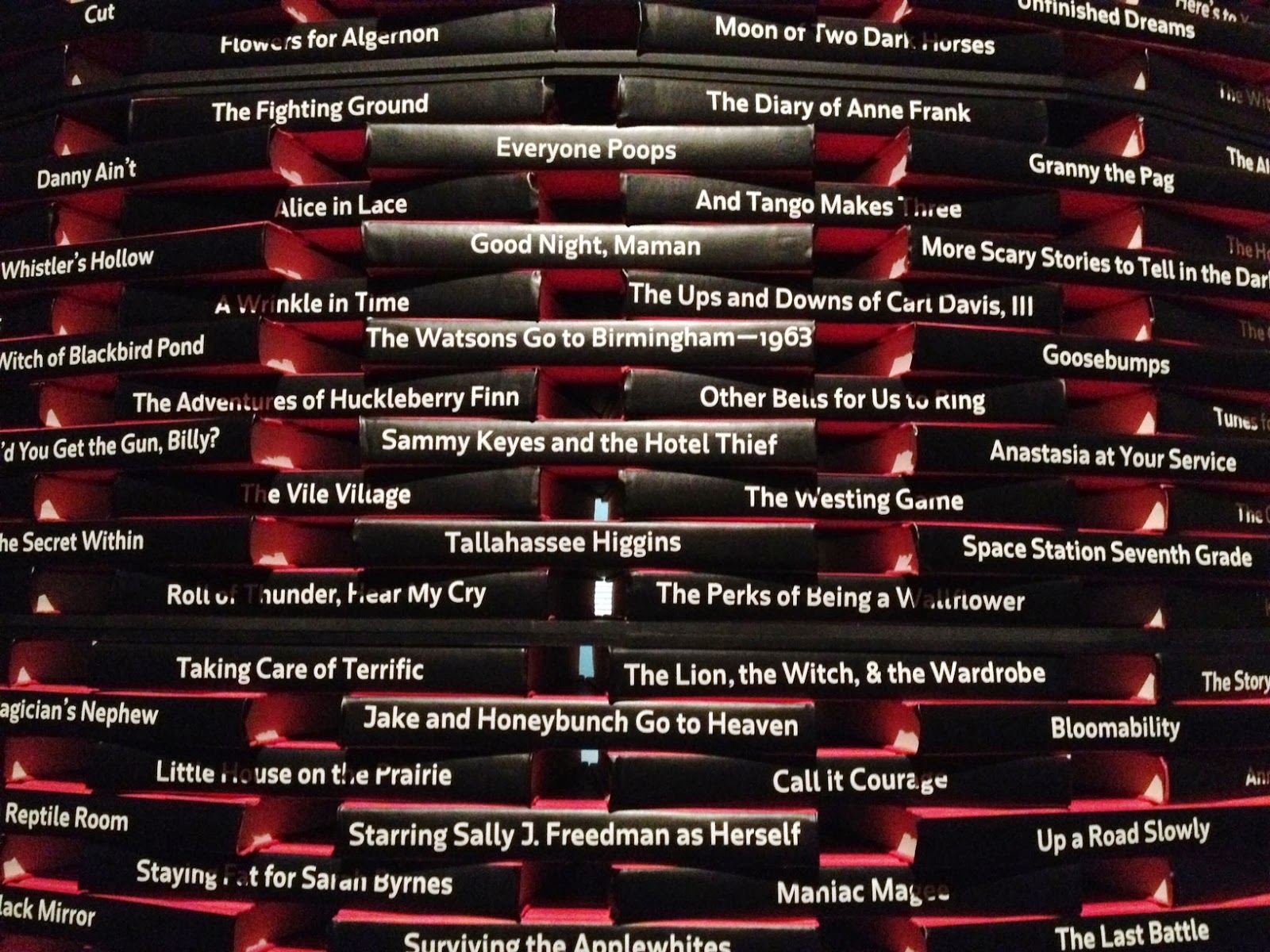 I got super excited. I mean, the display is fantastic and having my book as part of it was a real gift. And naturally, I started studying all the titles, finding Sammy's place in this disturbing universe.

It was seven straight up from To Kill A Mockingbird!
Two up and one over from The Lion, the Witch, & the Wardrobe!
It was supporting the edge of Huckleberry Finn!
And, uh, three down from Everyone Poops?
(Which is supporting The Diary of Anne Frank?)

After dissembling the titles for a while I started wondering...in what ways has Sammy Keyes and the Hotel Thief disturbed the universe?

Was it the nose punch heard around the world?

Was it something more philosophical?

Then I started wondering...if I had to choose a Sammy Keyes title to place in this display, would it be Hotel Thief? Is there a more universe-disturbing title in the series?

So that's my question to you this week: Pick a Sammy to slip into this display. I'll tell you right here that for me it's Kiss Goodbye. That's cheating, I know, but it sure has disturbed (and continues to disturb) my universe. But since you can't debate it (yet) or agree with me (yet), which other Sammy would you slip into this display?

As always, thanks for checking in.  Looking forward to seeing you in the comments!