The interesting thing about being a writer is that over time you realize how much the characters you create give back to you.

How much they teach you. 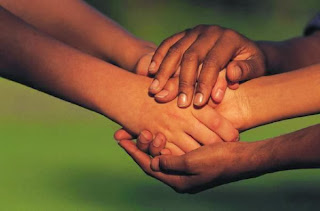 It's an odd realization, because you're the one who created them. It's not like an actual child whose life you initiate, who goes on to absorb the world and then reinvigorates your life with new knowledge and ideas. Everything a character is - on the page - is something you put there.

I have learned so much from my characters.

It's astounding, really, how much I have learned from my characters.

Being a writer makes you define what you think. It makes you explore your views and those of others. It makes you face your sense of life and either redefine it, or support it. You move your fictional people around in heroic ways. And although all credible heroes are also flawed, those flaws are forgiven in the end because the hero's intentions, their direction, their purpose is ultimately good.

I have learned much from Sammy Keyes about determination and friendship, about compassion and forgiveness. From Holly in Runaway I've learned about survival (and I don't mean all the stowing away and living off abandoned movie theater popcorn). From Rusty in Swear to Howdy I've learned about courage and holding on with all your might. From Nolan in Shredderman I've learned to look at the root of hate and ask myself why? Why is this person so mean? From Juli and Bryce in Flipped, I've learned to have patience...with myself and with others...and I've learned that a parent's role is to lead by example.

These are all main characters, but it is not the protagonist in The Running Dream who serves as a model for me at this time. It's the best friend, Fiona.

I'm not at liberty to say anything more, but for those of you who look for my posts every Sunday night, please forgive this tardy entry. Know that I haven't been slacking. Far from it. I've been very busy, finding my inner Fiona.

I've learned so much from Fiona.
Posted by Wendelin Van Draanen at 5:57 PM

Fiona is incredible. So many times I've put off letting my friends know I was thinking of them when they were going through a hard time because I didn't know what to say... and then I felt awkward saying anything because it felt like it'd been too long. Or not wanting to come across as pushy, I've let people wall themselves off when they might actually have needed that little push (I know I've needed it and appreciated it myself).

I hope that your "Jessica/Fiona" situation is not too bad and improves quickly for your loved one(s). You've inspired me to find my inner Fiona and to reach out and touch base with some friends that I know are going through a hard time right now.

Your inner Fiona is awe-inspiring!

It has been a while since I have read Running Dream, but I do remember that I really liked Fiona. Normally I would find my copy of the book and refresh my memory but I gave that copy to my favorite english/history teacher last year one the last day of school as she was moving away. I gave her Running Dream because she loved books like that and I knew that she would be inspired from it just like I was.

Hopefully I can get a new copy soon, my mom said she looked for it at the book store when she was getting me other books for my birthday, but they didn't have it.

Running Dream is honestly the most inspiring novel I have read from yours. I can relate to it and so many ways and it has helped me with so much.

I knew you weren't slacking. You almost never miss a post, and when you do you have an excellent reason for it.

I hope everyone has a great week!

P.S. As you might be able to tell from how much I wrote, my wrist is much better. It is almost all the way healed!

I found this post to be very inspiring. I loved Fiona from The Running Dream! She is such an awesome character and a great one to look up to. I'll definitely have to reread it again...

I hope everyone has a great weekend!

Just wanted to share that my library system has 5 copies of Killer Cruise "on order"! They let me place on one reserve, so I'll get the first one that actually gets placed on the shelves. Hopefully it won't take more than a week or two!

Yay Jessica! That is so exciting! Let us know when you get it!

My school library has one of the books and their self of what to read and I am really tempted to check it out, but it is pointless because I own the one the have up. But I was really excited when I saw it up there. I hope someone checks it out.

Awww, wish I went to your school, Kylie. It's still in transit for me... gaaah, patience is something I need to work on, haha. :)

I hope you get it soon, Jessica!

Fiona was a great character. She just was such an amazing friend to Jessica. I wouldn't know what to say to a friend if they were going through something bad like that.If my friends are ever going through a hard time I'm going to find my inner Fiona.

The Running Dream is a very good book, and I hope all of the readers in the world get a chance to read it.