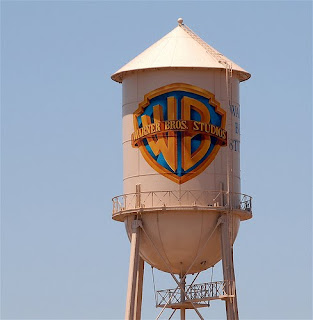 I remember when Sammy Keyes and the Hotel Thief was published, I wanted things to happen faster than they were. The first four Sammys were written before the books were picked up by Knopf, and with a backlog of stories waiting, I wanted people to keep up, follow along, know what was happening next in Sammy's world.
My in-house publicist at that time told me that it was better to have a gradual build; that slow and steady was good; that it made for a solid career.
I could appreciate the theory of this...but I still wanted things to happen faster than they were!
I think this is pretty common, not just among authors, but in many facets of life. We want to hurry up and get there!
When my kids were little, I wanted them to sleep through the night. Then I wanted them to talk and to walk and to get out of diapers. Then I wanted them to quit clinging to me when I dropped them off at school. And on and on. Every phase seemed to come with a struggle attached to it.
Just like life.
But now my kids don't cling, and sometimes I wish I could go back and have some of those gonna-die-without-you hugs.
I try to apply these lessons to my career. Back when we lived in a 400 square foot house in a bad part of town and I'd get up at five in the morning to write a little on a Sammy Keyes book before going to teach school...I wanted that phase behind me. I wanted publishing success. NOW.
But it's like Sammy was in her infancy, and I was going through the sleeplessness phase. Now she's got a crush, for goodness sakes! Pretty soon the hugs will be gone!
Now, it's not like the pace has been torture. I've enjoyed this long, slow build. A lot of really good things have happened along the way, and my publicist was right--it has made for a very solid career. I think about the quick flash of some authors (or actresses, or whatever), and in a way I feel sorry for them and their skyrocketing success. How on earth will they ever top that? It's almost impossible, yet most will spend the rest of their life trying.
So I take a deep breath and tell myself to enjoy where I am while I'm there. In the blink of an eye, it'll be over.
Just like life.
So those are my musings for this week, probably propelled by the fact that things seem to be accelerating at somewhat dizzying rate. And for those of you who are following along, here's the low-down:

So that's all for this week! Thanks for checking in. I'm looking forward to seeing you here next Sunday!

I'm actually getting really excited to hear more about the show! And the movie sounds great... *casual voice* how's the music in it? Hehe :) **And the hugs BETTER leave pretty soon 'cause.. just 'cause!** I actually really like that you took everything slowly and gradually... Hollywood Mummy was sort of a nice "pause" in Sammy's life at school and with her other friends- it gave the readers a chance to stop thinking about Heather and Danny and Hudson and the other characters and think more about her past. I always have to laugh at Sammy's reaction at wearing a dress, which makes me even more excited for Wedding Crasher! How will Sammy react to wearing a bridesmaids dress? Will she wear her high-tops? (leave it to me to wonder about the smallest things) Oh! I also would like to know about Hudson's past. Was he like an FBI agent or something, lol?
And about Flipped (the movie), do you know the actors and actress's names?
Bye!
-Steph

The news is really exciting. I want to learn more about the Sammy T.V. show thing. But I am wondering how they turn those long books into half an hour segments. I mean to me every single part of the book is important!
I can't wait to see Flipped, my friends get annoyed when I start talking about you and Sammy Keyes because basically everything they talk I relate to you and Sammy Keyes.. all I talk about is Sammy this Sammy that.. Oh My God... yeah I am obsessed with Sammy.
Bye till Next Sunday,
-Pooja

There's definitely an issue with SHOES at the wedding :-) And the dress? Over the top! I liked Wild Things for the same reason as Hollywood Mummy -- we got out of town :-) The Flipped actors are all listed on imdb.com -- just type in Flipped. Good cast! RE: Sammy TV...we'll see how (IF) it evolves. I think it would be really ironic if it was styled like a soap (just 'cause of Lana and Sammy hating soaps) but don't worry...that's not going to happen. I'm just saying, I find the irony of that idea hilarious.

I found a really cool website (you might already know about this) of the Flipped movie.. its called www.flippedmovie.org (who would of thought- lol) anyways, for the other people reading the comments, you guys should check out the website! xo

And yes, Wild Things was also a nice "break" from Heather. But I don't think ther's any escaping Heather at school! (or is there...? I dont know, 'cause I dont write the books...) Speaking of writing the books, I have a fanfiction I should update. People say I do Casey's PV really good, but thats only because I'm just normally better at writing from a boy's POV.
Wow! Off topic! :O
XO

Life is sometimes like a tide, you know (even though that sounds totally cheesy)? Sometimes it comes in really slowly and you want it to just HURRY UP AND GET HERE and other times you just want to slow everything down.

Like now, for instance. As soon as I finished Cold, Hard Cash I wanted the next to come out pronto! But now, weirdly, I can sort of wait for Wedding Crasher to come out. Even though I'm still DYING to know what happens!!!!!!!!

Hi! We'r in Michigan and my son was in a flashback scene of Flipped. ("Hey Bryce, why don't you marry her?") Wondering if his scene made the cut....don't want him to get too excited if it didn't. Though he had a fabulous time working on the film and was soooo excited to get your signed book!

Stacey -- Yes, I think it did! (Is it in the cafeteria?) There's definitely a teasing-Bryce sequence, so I think you can be optimistic that it's in there :-)

Yes, he was in the cafeteria! Now you have made his day, twice! Thanks for the response.

i loved this post! wow, it took me almost a whole week to comment, i read this post on monday. i'm such a procrastinator. but it's not entirely my fault! i have school and stuff.....
wow, listen to me, rambling on and on with these lame excuses when i should really be commenting on your BRILLIANT SUCCESS!!!!!
it is absolutely amazing how far you've gone with your books and a new movie.
hey, a while ago, on that t.v. channel, Nickelodeon, there was a movie called "Shredderman" with a guy named Devin something. anyway, my brothers would always watch it whenever it came on and i know that it's probably totally obvious that it's based on *your* shredderman books, but i just want to make sure. and i got a kindle for Christmas and i downloaded all your books. i'm going to have my brothers read the shredderman books because if they liked the little movie, then they will LOVE the actual books.

Hey! Can't wait to see the Flipped movie! I love the book. Oh, and I might be getting Confessions of a Serial Kisser soon...I'm REALLY excited!

Workin' on it as we speak! You are so sweet to be waiting...

Sammy4Ever--yes, the Nick movie was based on Shredderman: Secret Identity. The first half of the movie follows the storyline pretty closely, the second half? not so much! But kids loved it, and if it brings them to the books that's a good thing! There are 4 total and, unlike Sammy, you really should read them in order. (Or, at least, don't read #4 first.) Have a good week!

It's so great to hear that the movie could be coming out sooner! Who wants to have to wait until September? Am I allowed to ask how true the movie is to the book? I'd be kinda sad if they changed how the book ended just to make it more Hollywood-esque but either way, if you like it, I like it!

That was exciting news regarding the FLIPPED preview. I would paid anything to been in the room with you all. The movie has created so much "buzz" in Michigan with many of our kids getting a chance to be extras and stand-ins. We hope it comes out sooner that September as we are so excited to see it.

We are doing our best to get the work out via the internet with our website - www.flippedmovie.org. If you can help spread the word about the fansite, that may help your movie. It is 100% non-profit and we accept to income and will not advertise. It is all about fans promoting your book and movie.

Thanks again for such a great book and keep up the great writing.

PS - Love the picture of your band. Our 12 year old son also has a band. How funny!

Brian: I know the commenters have posted your link, but I will add it to the next blog post about Flipped. Thanks for checking in. (The waiting for news is a little maddening!)

pleeeeeeeease write another book from Holly's point of view.
-Hannah

Holly's in all the Sammy Keyes after Sisters of Mercy (well, most of them). Especially Psycho Kitty Queen. So her story continues via Sammy. I do want to bring Ms. Leone to Santa Martina in one of the SK books. I think that would be cool. Thanks for writing!