That's What I Call Cosmic 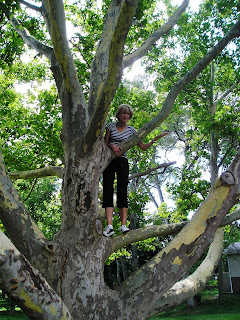 I find it difficult to talk about my book Flipped being made into a movie. It's not because there isn't a lot to say--it's because the unfolding of events has been so surreal. It started with a phone call from Rob Reiner (who is the film's director). He related how he came to find out about Flipped (his son was reading it for school), what he loved about the story (that it captures the magic of your first love in a way he hadn't seen done before), and how he intended to adapt the story to film (by following the book).
There would be changes, of course, but after hearing his thoughtful analysis, I understood why he wanted to make them. For example, he sees the book as having an innocence that was representative of a different era. And in considering the events that transformed us as a nation, he felt that the assassination of JFK was the point where our country lost its innocence. So although I wrote the book as a fairly contemporary story, he's setting the film between 1957 and 1963.
I had no idea what a huge undertaking a "period piece" movie was. But this summer my family and I made a trip to Michigan, where Flipped was filmed, and now I get it. Wow. The attention to detail is unbelievable. From wardrobe, to set "dressing", to street signs, cars, bikes, license plates, t0 playground structures...it all has to be verifiably "period". Being on set was so educational...and strange.
For one thing, everyone was so nice to me. So Wow-It's-The-Author. That was completely unexpected. My impression of Hollywood's view of authors (based on some very credible reports) was, Oh that was fine for the book, but a movie is not a book, so don't even think we want anything to do with you! But here a lot of the cast and crew told me they had actually read the book, and I was also surprised by how many of them said, "It's thanks to you I have a job!" My reply was, well, no--if it hadn't been my book it would have been someone else's, but they weren't buying my (very logical) line of reasoning.
Another thing I found strange was that this little thought in my head had blossomed into the enormous project with multiple set locations and warehouses of equipment. In addition to the schools, houses, "fake" houses, and other locations that were used, a former GM assembly plant was transformed into the Flipped warehouse, with construction, paint, art design, and costume departments, plus the business offices and a whole "house" set inside it. Just coordinating everyone's daily schedule seemed a mind-boggling undertaking.
Then there was the filming of scenes that came straight from the book. Something about witnessing this was hard to wrap my head around. I had an idea that became a book that turned into a movie. That's cool. I can follow that. But hearing these real life people speak the words that the characters I had in my head spoke in my head, was weird. It's like everything was backwards. Like I was witnessing something that had been created years ago but was now happening in real time...yet looked like it had happened in the past--a past that occurred before the time of creation.
Yes, I know they were actors delivering lines, but it felt so strange.
Like I said, it's very hard to put this whole experience into words.
But the truly cosmic moment has to do with the sycamore tree they used in the film. As you probably already know, Juli Baker loves the sycamore tree in her neighborhood. In the book (and in the movie) the tree gets sawn down to clear a lot for the building of a home. The destruction of this tree is a pivotal moment in Juli's understanding of her crush's character (or lack thereof). Also, Juli has a special-needs uncle named David. But apparently in the making of movies, names get cleared for use. So if there's some potential conflict with the name of a character (like, say, someone by that name lives in a town by the name used in the story), the movie makers will change the character's name to avoid any legal hassles. Because of this, David Baker became Daniel Baker in the movie.
Rob Reiner told me that the big hurdle for them with the making of this movie was finding the right tree. He wanted to stay true to the story and have it be a sycamore tree, but it couldn't be just any sycamore. It had to be the perfect tree. And it had to have school bus access. And have a surrounding area that worked right. And, and, and. So they were having trouble finding the right tree. But finally the location scout came upon one in a public park that was alongside a basketball court. RR declared it to be the perfect tree and arrangements were made with the city to tear out the b-ball court, pave in a street, shoot the scene with the school bus, tear out the street, and replace the b-ball court...such is the world of movie-making.
But of all of the sycamore trees in the world that might have been chosen, this tree happened to be a very special tree to a certain autistic boy. He has been climbing this tree--climbing way up in this tree (just like Juli does in the story)--for years. He has written things on the limbs ("I love this tree, this tree loves me"). So that connection right there was enough to make me go "unbelievable".
But then I found out this boy's name. And of all the names in all the world, this special needs boy who loves this sycamore tree happens to be named Daniel.
Now that's what I call cosmic.
(Next week: How I Wound Up In Fargo)
Posted by Wendelin Van Draanen at 2:57 PM

WOW! What a fantastic story! I'm so proud of you, Wendelin! From HS teacher to movie maker in one decade flat (give or take).

Fantastic! Thanks for sharing the inside scoop on movie making, especially one about YOUR book and that absolutely precious story about a boy and his tree.

I love this post so much, it's such a great story about your story :)

hey
im caroline from greenwood middle school. you came to our school last year for the read n feed? i hope you remember the fans at gms!
-caroline

hi I am Kaustubh Jahagirdar and I am a big fan of you. Sou can you please send me an email at kaustubh.jahagirdar13@gmail.com to tell me about your biography, education and the awards that you or your books got. I will need this because currently I am working on my summer reading projects and I am not even getting any information about you and your books. I have chosen the book flipped and I love it very much.