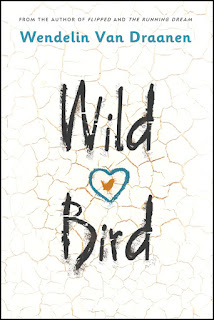 Images of my upcoming YA novel Wild Bird are starting to appear online. It seems way too early for this. The Secret Life of Lincoln Jones came out only three months ago. Most people haven’t had the chance to read that book yet. And I love Lincoln! I want his story to be heard, to touch readers, to be a source for discussion among kids and teachers and parents.

Lincoln should have a chance to breathe.

Plus, I am allergic to people saying or thinking that I “crank ‘em out.” That is the opposite of what I do. I'm productive, yes, but that's because I'm submerged and obsessive and live and breathe and dream whatever book I'm working on.

That, and I've got this increasingly keen (and, yes, morbid) awareness that Death can be capricious. And since there's work to do and finish, I need to get it done today because tomorrow may not come.

But Wild Bird appearing so quickly can definitely give the mistaken impression that I'm sitting at my desk, cranking these books out. It makes that comment/accusation/assumption almost understandable. The vast majority of people in the industry don't actually know me. If they did, they'd almost certainly thank their lucky stars that they didn't live with me. It's a bit much to experience Wendelin in writing mode. And I'm usually in writing mode.

The first time I heard people say I was cranking them out was when the first four Sammy Keyes books were being released. Those people didn't know about the many years of intensive writing while I was in search of a publisher, or that I'd completed all four of those Sammys before I got my "yes." They just knew that (back then) the books were coming out at six month intervals. They assumed the writing was happening in real time; that I was cranking them out.

So I admit to being sensitive about that accusation/assessment/assumption. And while I'm admitting things, let me also address the descriptor 'cute.' Do NOT call my books cute. They are not cute. None of them. Including Flipped. You want to see me flip out? Call Flipped cute.

The Running Dream published in January 2011. The Secret Life of Lincoln Jones came out in October 2016. That’s nearly six years between stand-alone books. And now, boom, Wild Bird is coming out in September 2017. But between 2011 and 2016 a lot happened, much of which contributed to my withdrawing into the research and writing of these two new books. And part of that withdrawing included wanting time to write these stories without the pressure of deadlines…which meant without contracts.

If you don’t have contracts, you’re not in your publisher's book release queue. There’s the whole editorial process to go through, plus, publishers want all their sales and marketing efforts to be in motion before pub date in order to give a book its best chance. 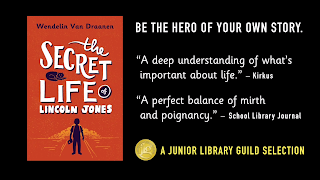 One of the things a publisher does to introduce an upcoming title is print up advance reader's copies (or ARCs) of the book. This is the pre-pub paperback and “uncorrected” version of (what in my case will be) a hardcover book. They send these ARCs to reviewers, bloggers, and people in the industry who might be excited to share the news about it.

To put some perspective on timing and distribution, the Wild Bird ARCs were printed in December. This past week, I returned to my editor corrections to the “first pass galleys” – the next step in the book writing process. So the text that appears in the ARC (which is already printed) is now slightly different than the text that will appear in the finished book. It’s mostly subtle—more of a fine-tuning in this case. But I remember for Sammy Keyes and the Curse of Moustache Mary, the ending had changed in such a substantial way that I felt compelled to paste over the old ending with a printout of the new one before sending out the ARCs I had on hand.

Even with the latest revision, the work on Wild Bird is still not done. In another month or so, I’ll be getting another pass at it. And the fascinating thing is, there will be more changes. A copy editor will have found mistakes. And I know there’ll be passages that I want to improve. There are always corrections. The trick is to do everything you can to find them before the book goes to press.

But for now, the news is out: I’ve written a new YA book. I tear up just thinking about Wild Bird. What a journey! It's the story of Wren, a 14 year old girl who's taken a wrong turn in life and gets forced into wilderness therapy camp in the Utah desert. It's about finding yourself after being lost, about forgiveness and honesty and (if you know my work at all you'll not be surprised to hear...) redemption. And in keeping with my commitment to librarians and parents who've come to trust the lines I do not cross, it's gritty but clean.

And, as you can see from this picture of my research folder, I did not just crank it out!

Thanks for stopping by the blog. I actually have a lot of exciting upcoming news to share, including a new look for the Sammy Keyes series. (Yes, finally!)

I also haven’t forgotten my promise to give away a box of books here, so I'll figure that out soon!

And if you’re a YA blogger, a kid-lit reviewer, or work with at-risk youth and would like my publisher to send you an ARC of Wild Bird, please send a brief email at the Contact link here with your information.


I hope you’ll stop by again next weekend. ‘Til then (employing a takeaway from Wild Bird), here’s to remembering there are stars above us, even when we cannot see them..
Posted by Wendelin Van Draanen at 3:35 PM

"Wendelin in writing mode" may be the best Wendelin ever! :)

I call the cover a PERFECT depiction of the powerfully honest, thought-provoking, redemptive story told within its pages. It will become very obvious to readers that this 300-page book was not "cranked out." The story takes you into the depths of one girl's destructive path and poignantly depicts the agony, failure, and soul searching required to claw and cleanse her way back to forgiveness, love, and acceptance. There is no doubt (in typical Wendelin style) it took tremendous thought, research, tears, and writing prowess to bring this story to publication.

Wendelin, thank you for writing an intensely honest, relevant story without crossing the lines. I look forward to sharing it in the fall. For now, I will continue to promote and discuss your 31 published books with students and teachers, including your most recent, Lincoln Jones. Our kids and teachers are loving it.

Excited about Wild Bird. Can't wait to read it when it is released. We know how much research and heart you put in all your books. Binders full of characters and plot points and details just to keep everything real. It is all appreciated and reflects in the great stories that come out of it. I haven't read Lincoln Jones yet unfortunately, but i shall i shall.

Also would I have to be a legit critic to glimpse an ARC. I could wait to read it I suppose. It's not like college gives me a surplus of time anyways.

Thanks for the honest post, and can't wait to keep reading the final results of your efforts.

Wild Bird sounds great Wendelin. I can't wait to read it. We all waited a long time for Lincoln Jones - we deserve to have this one come out sooner!

I didn't know Library man was still my handle. Should be retired LM. Thanks for being an inspiration. George Pilling

Gritty but clean--thank you for upholding that trust! I am super sensitive to content in books, and I always appreciate how your books are good, honest, and real without all of the inappropriate junk that so many authors feel the need to slide in. So thank you--it means a whole lot!

Congratulations Wendelin! The book sounds so amazing, and I can't wait to read it! You have a knack for talking about real problems in a way that's completely relateable. As I've read your posts over the years, it's very obvious to me that you spend a great amount of time on your books. You can tell that research and thought go into your writing because of the truth and emotion it evokes. You address complex themes and issues everyone has (including adults) through the lens of children/teenagers. It's inspired my writing and my love of children's literature. As an (aspiring) writer myself, I know how frustrating it can be for someone to brush off all your hard work as you "pumping out" books (or that you're just good at it so it's not too hard). Don't worry, a lot of fans know and understand how much effort and time you put into your books :)

P.S. I'm not sure if I'm technically an "official" YA blogger, but I blog about YA books and have a Sammy Keyes blog on tumblr, and I'd love to read the ARC and (possibly) do a non-spoiler review if I'm allowed. I know that since it's coming out in September you may not want any information on the web, so I'll respect your wishes if I do get an ARC.

Wow, so exciting! My brother teaches English at an alternative high school, so I'll see if I can convince him to fill out the form for an ARC for his classroom library.

I'm still waiting to read Lincoln Jones. Now I've got two to look forward to. I'll never complain that you're writing too fast!

Wow, so exciting! My brother teaches English at an alternative high school, so I'll see if I can convince him to fill out the form for an ARC for his classroom library.

I'm still waiting to read Lincoln Jones. Now I've got two to look forward to. I'll never complain that you're writing too fast!

I just saw this post and I'm very excited for this book! I haven't been very active on here in awhile, but school has been taking up the majority of my time, but this just made my day!