The Making of a Book Trailer 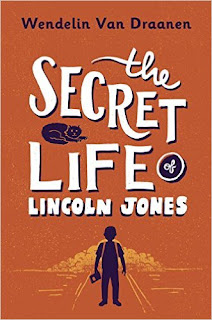 Last week I promised to share about the making of the book trailer for The Secret Life of Lincoln Jones. As I explained, the book touches on some serious things, but also has parts that are laugh-out-loud funny.

So the question was, how do you weave story threads like escaping abuse, dealing with Alzheimer’s, and struggling to rise out of poverty with a zombie in a wheelchair, an admiral in undies, and a tattletale toilet?

(The rest of this post will make a lot more sense if you've seen the trailer, so if you haven't had a chance to yet, here it is--all 60 seconds of it: book trailer )

For starters, I'm glad I have "boys" around to help keep me on track with the boy perspective. And I'm glad my son Connor was able to apply that to the making of the Lincoln Jones trailer. 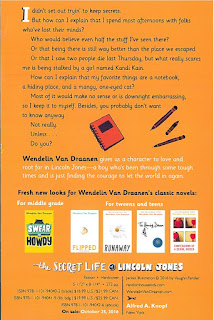 Right up his alley.


What we used as a springboard was the text on the back of the advance reader copy (which I think will become the book's "flap copy"). And since that text is in the voice of Lincoln, I asked Listening Library (which was getting ready to record the audio book of Lincoln Jones) if the voice artist (JB Adkins) would be willing to record the book trailer script.  He was, and did, and his recording dictated the storyboard and became the thread that tied the whole project together.

Connor wanted to record as much original video footage as possible, so we scouted out locations and props that would support the storyboard. I borrowed a CPR doll from friends at the school where I used to teach, got a wheelchair, and headed for the bushes.

Well, it was kinda like that. Pushing a CPR doll in a wheelchair through parks? Behind buildings at schools that were "closed" for summer break? Through a campground? 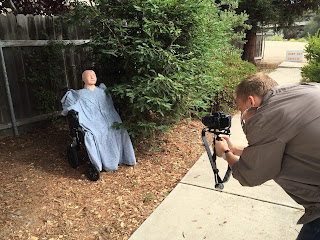 We got some funny looks and, yeah, got told to leave the school.

Same with the tattletale toilet. It was a total Sammy Keyes move.

(Their toilets were just better than ours, okay?)

We did have the courtesy to order two Grand Slams before doing the deed, but yeah, it was a total Sammy Keyes outing.

And yes, we cruised Goodwill. Connor kept telling me to be cool. Apparently I am not cool or sly when getting footage inside (or outside) of Goodwill. (Or, probably, ever.) He kept his distance. Made a lot of disapproving noises when I got too close. Ditched me.

What can I say? Crutches in a corner get me all excited. 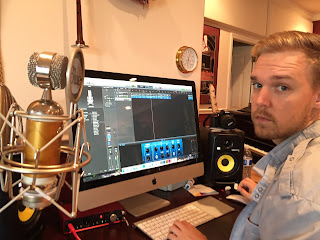 Besides shooting footage in the field, Connor also did a very complicated conversion of some digital footage I'd taken over three years ago. He wanted to get that grainy effect of it being played on an old analog TV. So even though the "real zombie in a wheelchair" and the scene where Lincoln's talking about where he goes after school go by in a flash in the video, it took a long time to get that right.

We collected so much footage. Hours of it. (Do any of you recognize the graveyard scenes?) But in the end, a snip here, a snip there is all we used because Connor kept the focus on what kids like: short, fast, surprising, funny.... And he stressed that it's better to have someone want to see the video again than be bored of it by the end. 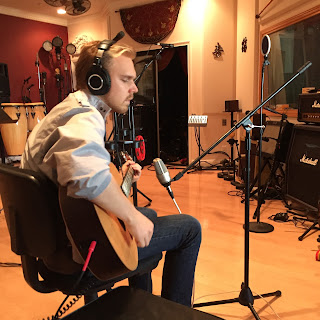 Then, when it was all paced out the way he liked it, Connor recorded a guitar melody to round things out. The music gives a sense of movement forward which also contributes to how fast the video seems to fly by.

In summary, I'd be lying to say it was easy, but it sure was fun! Connor's presently working on a book trailer for the reissue of Runaway--something I'll tell you about another day!

Until then, see you in the comments!

A very interesting description of the making of such a fascinating new...art form? Advertising vehicle? (I wonder what the book trailers Charles Dickens would have done would look like! We open on a sepia-toned London street....) This is a fun trailer, and it does the smart thing that good trailers should do, which is whet our appetite without spoiling our dinner (the story). You and Connor did a really good job on it, and I loved hearing about Connor's complicated but effective way of making relatively new footage look grainy - reminds me of the arduous steps the filmmakers underwent on "Zelig" to make their new documentary footage look decades old. I ESPECIALLY loved the seat-of-the-pants, guerrilla, better to ask forgiveness than permission style of film making - as you say, much like Sammy Keyes would do it! Three last comments - I can't wait for Lincoln Jones to be officially released, I am VERY excited that Runaway is being re-released (so richly deserved, and I hope you'll write about why it's happening in an upcoming blog), and now I really want a Grand Slam.

I laughed out loud at your last line. Thanks for all the kudos -- they're much appreciated!

YUM, Denny's! I was wondering if you...decorated that toilet specifically for that flushing shot, hahaha. Love it. Thanks for sharing this process--video making is intense! Whew, I'd rather write a book. Or read one. :)

PS I read the Shredderman and The Gecko and Sticky books years ago, so we were prepped: we checked them out from the library all on the same day. Love the overlap! I own all of your books except these two series for some reason. May be time to remedy that...although yesterday Jay (my 7 year old) tried spray painting our house like the Tagger! Gasp. I reminded him who the good guy was in the book and who the bad guy was...hope he remembers! We're in the middle of reading Shredderman #3 aloud right now and he's been running around the house trying to take sneaky spy pictures of his sisters. Ha! Inspiration from literature. What more could a mother want? :)

one more thing: I CRIED through Runaway--what a journey--and I can't wait to read all about Lincoln.

This was so cool to read! I love reading behind-the-scenes things because it really helps to build the picture. I love how much work went into this just to make it perfect, makes me love it even more. The trailer does an excellent job building the book up and now I desperately want to read it for myself! I laughed so much while reading this post, sounds like you all had quite the Sammy Keyes adventure. I am very excited for the reissue of Runaway! I loved that book so much (well I love all your books so much, but that is besides the point) and I can't wait to see the book trailer for it, seeing how lovely Lincoln Jones' was.

Have a exciting week everyone!

Shaina - yes, we "decorated" for that shot. You'll laugh when you read that part in the book. Thank you for not calling me a bad influence RE your son's acting out scenes. Good that you reminded him who the good guys are! And I so appreciate all the nice things you said. Thank you! :-)

Have a good week, too, Kylie! Glad we're doing this again :-)