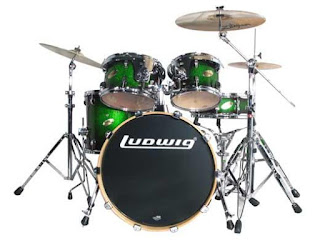 Unless you're new to this blog you're already aware that it took me about 10 years to get my first publishing "Yes." What may be new to you is that during this time my husband Mark was writing non-fiction articles and science fiction short stories. When his first article got picked up by a national magazine we were thrilled and so were his parents and we all went out to Red Lobster to celebrate.

After that, Red Lobster became our celebration spot for publication. With each new article we'd go back, and  Mark was the guy at the head of the table.

Even though we usually sat at a round table.

But you get the point.

I was not jealous. Actually, I was the opposite. It was very cool to be able to go to a newsstand anywhere and pick up a magazine and say, "Here's one of Mark's articles!"

After a while Mark getting published became so routine that the Red Lobster thing stopped. I mean, who could afford to keep that up?

And meanwhile, I kept getting a steady flow of rejects. ("We're sorry, this is not right for us at this time. But please, think of us again with your next project.")

After years of this, Mark's magazine issues and copies of his two non-fiction books threatened to squeeze us out of our office / bedroom / library / nursery. (It was a 400 sq. ft. rental, so yeah, I'm serious.) And after years of all his articles and those books creating a lopsided teeter-totter of success, I know Mark was praying that something of mine--anything of mine-- would be published. There just comes a point where you can't enjoy your own success when someone you care about is deluged with failure.

So when I finally got the acceptance for my first novel Mark was at least as happy as I was.

But with each new book of mine that got published, the teeter-totter shifted. And since Mark had started off as a writer of fiction, he was now the one wishing for a different sort of publishing success, and his focus shifted from non-fiction to writing novels.

He wrote a really long one about terrorists.

He landed an agent.

And then 9/11 happened and nobody wanted to touch it.

Onto the next novel.

Well, the advice is the same: Patience, Grasshopper. And keep hopping forward.

As you know (unless you're new, and if that's the case now you will know so the next time I say this it will, in fact, be true that you knew), Mark is my first reader. He's brainstormed plot with me through 28 books. He's generous with ideas and has a sincere enthusiasm for my work and my area of work.

So (about 4 years ago) when he came up with the idea for a YA novel featuring a teen on the road with a band, I thought it was a great idea. After all, they say write what you know, and Mark--having spent a good deal of his youth as a drummer on the road--knows a thing or two about the subject. (He's also been writing for music magazines all these years, so music has continued to be a big part of his life.)

And this may seem out of the blue, but I know that really what it is, is about darned time...I'm ecstatic to share the news that Mark's stack on the teeter-totter will have a novel added to it. ROAD RASH will be published by Knopf in Spring 2014. I can't wait for you to meet Kimber and Zach and the colorful members of the band Bad Money and their rock 'n' roll adventures.

Meanwhile, you can find us at Red Lobster!
Posted by Wendelin Van Draanen at 8:40 PM

Yay! That is so exciting! Just from what you said about it in that small paragraph I want to read it! A mean being a book about rock an roll band already makes it awesome! Can't wait until 2014!

That's amazing! I will definitely read it. It sounds great. Now I have to wait for TWO books :)
--Yusa

Congrats, Mark! I love the title of the book. It sounds like it'll be a bumpy road for the band.

Wow, 10 years is a really long time. I guess writing is really a marathon-type career; you have to go step by step, knowing each "training run," however long, is only one small step towards the overall goal. (And here I go accidentally citing "The Running Dream" again...)

A fun book about bands is "The Commitments" by Roddy Doyle (for adults, not YA); it was made into a movie, but I don't know how faithful it was to the book. (It's the first book in a larger, loosely connected trilogy; "The Snapper" is probably the best of the three.)

Eek! Another book on my never ending list!=)
I just finished The Candymakers WAY to fast!
It sounds like a great book, since im into the music thing and I havent seen many books about music stuff that is FUN to read. I like drummers, they all seem to be really funny, especially the ones in my band class!!=D

Congratulations, Mark! The book sounds really interesting, so now I have to wait for that book and the newer Sammy Keyes books.
I am a percussionist, so this is probably goig to be really fun to read. Sometimes I wish the publishing process is a lot faster, because then there is less wait. I can't wait to read these books!

Wow! Congratulations to Mark and to everyone that helped him get there! I'll definitely be buying it!

Thanks for the kind words, everyone. Yes, it’s pretty exciting!

Jessica: Thanks. The funny thing is, it wasn’t really long at all. Because I wasn’t waiting for ten years. I was writing (mostly non-fiction, then fiction) and living my life. So your marathon training analogy is actually pretty apt, because you don’t think ‘I’m doing this particular long run because in a couple of months I’m going to run even further’. In reality you just do it on that given day and enjoy it unto itself, without really thinking of the marathon yet to come. (IOW, it really helps to enjoy the writing process itself, because the ratio of ‘Process-to-Payoff’ is about a hundred to one. Ha ha!)

I loved ‘The Commitments’ (the film – haven’t read the book)… that and ‘Almost Famous’ are my favorite films about the ‘working band experience’. I’ll have to look for ‘The Snapper’ – thanks for the tip!

Hurrah for the husband!!!