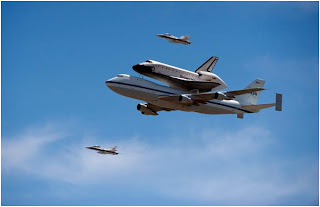 I was booked to speak at Whittier College in the Los Angeles area this weekend. Even though it was a long way to travel, I chose to drive because flying can be so frustrating and it takes way more time than the flight time would suggest. And then there’s the whole getting from LAX to Whittier…not fun.

Anyway, Los Angeles traffic lives up to its reputation. It’s a gamble every time you venture in, and the odds are you’re gonna lose a lot of time sitting still on a road designed to be speedy. And you’re not surrounded by palm trees and glistening oceans, either. Cement, barbed wire, graffiti, and tail lights--that’s the LA scenery you’ll see. The only time I like driving through LA is at three in the morning. It’s actually really cool to zoom through at that hour.

When it’s not three in the morning, you really have to concentrate ‘cause locals are crazy and not afraid to show it. They zig in front of you only to slam on their brakes before zagging out to do the same to someone else. So it takes concentration and patience to stay out of trouble, and by the time you’ve negotiated traffic for hours, you’re beat up tired, even though all you’ve really done is sit and stress.

Double-anyway, I knew all that going in, so that tells you how fond I am of flying. But a strange thing happened on the way into LA—we didn’t hit any real traffic. There were a few places where we crept along, but overall it was 55-60mph—excellent for LA freeways.

If you had told me that I would get all teared up seeing the shuttle fly overhead, I’d have said, Yeah, nah. But this was close. I’m talking right there. And as we drove along I realized we were timed such that it was going to fly directly over us.

Something about seeing it fly up close and personal really got to me. It made me proud to be American. It made me proud of all the people who dreamt it, designed it, and built it…and dared to fly into space in it. Seeing it fly piggybacked on a 747 overhead was, in the best sense of the word, awesome.

And yeah, I teared up.

I wasn’t the only one feeling that way. Right there on the 101 some people pulled over, got out of their cars and cheered. Most drivers slowed down to a creep—one eye on the car ahead, one eye on the shuttle above. It’s a wonder there weren't pileups galore.

In short order it was gone, but right there in LA traffic, surrounded by cement and barbed wire and graffiti, I was given one of the best visual moments of my life.

Glad I drove.
Posted by Wendelin Van Draanen at 9:30 PM

Wow! That would be soo cool to encounter!! I could only imagine how cool that must of been! I've never really wanted to move to California,I like small towns,but I've always wanted to visit,just to say I went to California.

I was in school when it was supposed to fly over us. It was scheduled at around 8:30. I wish i'd see it rather than do Geometry.
The way you described LA reminds me of Hollywood Mummy. I love SF as i used to live in the Bay. :)

Just a tid-bit of trivia. Vandenberg was supposed to be another launch site for shuttles until the Challenger disaster.

On a totally different note, I got to watch the last flight of one of the Concordes which was sent to Seattle. Not even an American plane, but still, it was pretty neat to watch it fly in. I even got a little teary-eyed when the plane landed and they flew American and British flags out the windows. It's kind of sad when a plane makes its last flight. The stories it could tell, but also the end of an era.

I wish I could have seen the shuttle's last flight too!

I grew up in the 80's, so the shuttles hold a fond place in my memory. We watched just about every launch in school until Challenger. I was in second grade, and we didn't get it -- we kept waiting for the shuttle to come out on the other side of the smoke. It was only when our teachers turned off the TV but left the lights off and started crying that we understood.

I watched Endeavour dock to the space station through my sister's telescope, with my nephews. Both vessels were tiny sparks of light in a lonely sky.

The next time I watched a shuttle was one Saturday morning when Columbia was coming in for a landing, and I thought it'd be neat to see one land. I never did.

The next launch I watched live after Challenger was Endeavour's final one; I held my breath until it was just a tiny dot. And then I saw it again, as a speck of light just between the trees, during its last flight over Atlanta.

So, yes, I would have bawled like a baby if I'd gotten to see it strapped to a plane. I wept when I realized the U.S. can no longer send a person into space. Today's children have been robbed of an experience that unites the memories of people of my generation.

Nobody mentioned anything like that, i wud never had none=(
But im glad i do know =)
And Kylie, I listened to that song and my eyes started stinging=( especially at that part, come on baby we're gonna fly away from here

It was supposed to pass our school to sadly i could,t see it :( But....Out principle took the pics and showed them to us:) they were nice :D

out is supposed to be Our

That is so cool that you got to see it. I really wanted to and it was only an hour away, but It was a school day so I had to go. Drats!

And Jessica that is so cool that you got to experience all of that. I would love to go to space.

Just to clarify, except when I saw Endeavour in the sky the two times, everything else I watched "live" was on TV. :)

I've been to the Kennedy Space Center once, and the shuttle (forget which one) was on the launch pad, but it wasn't going to launch that week (I think it launched 3 or 4 weeks later).

Jessica that's sooo cool!! I would love to go to a space center!!!

Gabrielle, it was pretty cool, especially the Apollo exhibit. The rockets to get them to the moon were HUGE. We only got to see the museum/memorial part of things (the shuttle was so far away, you needed binoculars to see it), but there was a Q&A with an astronaut (I can't remember whom). I asked him what kinds of science experiments he worked on in space (the answer: mostly physiology, seeing how the body degrades under low gravity and what are the best ways to prevent that from happening, which involve hours and hours of exercise every day). My mom embarrassingly asked how they use the bathroom! (You'll have to look that answer up yourself.)

I have several friends from Houston, and several of their friends' parents were astronauts. One friend even worked at NASA, and she got to do some of the special behind-the-scene tours, even going inside the shuttle flight simulator (though they didn't let her "fly" it). She wasn't allowed to take pictures for security reasons. It's unfair that Houston didn't get one of the shuttles after all that city has put into the shuttle program.

On a completely unrelated note, I'm going to my library's creative writing group for the first time tonight, and I'm terrified! I just called asking whether I had to bring something to share and find out more info about how the group works, but the lady who answered the phone didn't seem to know and acted like I was weird for asking. So, I'm going to go and not bring anything (I'm nervous enough just going!). Hopefully they won't permanently ban me; it's the only meeting in the whole county and it's only once every 2 months.

Good luck Jessica!=) they won't permanently ban you, thats only if you get a little crazy near the children section ;)
It sounds like fun actually =) my school did something kinda like that, only it wasn't a group.

I went to the meeting and survived. For a creative writing group, there were a lot of nonfiction writers there (including the facilitator). There was also a picture book writer -- talk about a tough market to break into! And a retired English teacher with very original imagery and turns of phrase. Given that it only meets once every other month, the level of critique was... well, as expected. But still, it will give me motivation to have something to share next meeting, and I can build my contacts in the local writing community, and maybe find a few people to form my own critiquing group eventually.